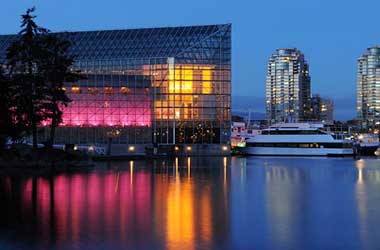 Money laundering continues to be a problem in the casinos of British Columbia (B.C), Canada as suggested by the latest court filing by the province’s department of civil forfeiture.

According to the filing submitted in January by the director of the department to a B.C Supreme Court, the department seeks to forfeit C$70,800 and a 2014 Chevrolet Camaro with respect to a suspected money laundering incident last year.

On 5 October 2015, the Royal Canadian Mountain Police (RCMP) received reports of erratic driving and subsequently traced the vehicle to a parking lot in the Chances casino where it was parked in a handicap spot with its interior lights still on. The police apprehended Mancini who was walking towards the casino and allegedly found C$3,775 in cash with him. Mancini told the RCMP unprompted that he has been playing slot machines in casinos across B.C since March 2015 and had won more than C$300,000. He also showed them a cheque for C$13,250 issued to him by the Lake City Casino.

The police would later search his vehicle after getting a warrant and would find additional cash of C$25,405 as well as banned radar detection equipment, crack cocaine and unnamed pills. The RCMP seized the vehicle and the entire C$45,395 after Mancini failed a sobriety test and labelled the funds as being funds obtained via money laundering activities.

A full-fledged police investigation was launched which revealed that Mancini had been paid C$2,189,880 in the time period between November 2014 and October 2015 by different casinos in B.C. An associate of Mancini, Collins is also involved as he was in the process of selling the car to Mancini.

The two individuals have together filed a response in February stating that the car was not used for criminal activity and that the initial police search was illegal given that it was conducted without a warrant. It also states that Mancini is yet to be indicted for any charges related to the vehicle or the cash found. The response further asserts that Mancini is a legitimate gambler who won substantial money from gambling activities last year.

It is completely unacceptable to BCLC that our facilities be used in any way to launder money. However, we are using the information we have about the case to review our money-laundering countermeasures.