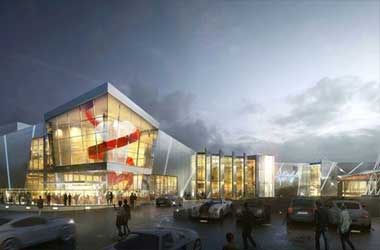 Gateway Casinos and Entertainment recently announced that it planned to upgrade its Palace Casino which is located in the West Edmonton Mall in Alberta, Canada. The mall is the biggest shopping mall in North America and the 10th biggest mall in the world and Gateway wants to renovate the well known Palace Casino and launch a new rebranding strategy which is expected to bring in more customers and increase casino revenues.

The Palace casino currently offers a high-limit salon for serious players, 20 table games and more than 600 slot machines. The casino is expected to get a complete makeover and will also get a name change as Gateway has decided to re-name the upgraded casino as the Starlight casino which is expected to open in 2016. The company plans to invest up to $45 million in order to increase its gaming floor to accommodate around 34 table games and up to 850 slot machines. The new casino will also have around 115,000 square feet that will be dedicated solely o entertainment facilities. Some of these upgrades will include changes to restaurants including new menus, an interactive kitchen and live entertainment.

In a statement, Tony Santo, president and CEO of Gateway Casinos and Entertainment said

What we’re trying to get away from is slots in a box and that’s essentially what a lot of gaming is today. We want to develop entertainment venues that people can come, have a good time and eat and drink with their friends. If they want to gamble, that’s fine, and if they don’t want to gamble, that’s fine, too. We don’t want to be just about gambling. We want to be about entertainment — a night out.

Gateway had also earlier announced that it planned to invest $32 million to establish a new casino in the new Ice District downtown arena that will be known as the Grand Villa Edmonton.

The two new casinos are expected to create around 500 new jobs for the local community and also generate significant revenue in the form of gaming taxes. Both casinos are expected to hold job fairs during the early part of 2016 and will look to close as many positions as possible through local applications. Gateway had also committed to donating $50,000 to NAIT as it wanted to help students studying culinary arts and hospitality.