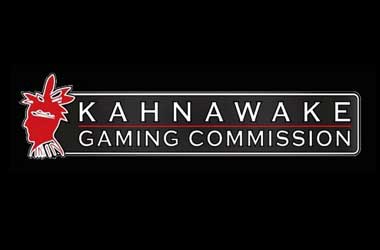 Canadian First Nations gaming regulator Kahnawake Gaming Commission (KGC) and the New Jersey Division of Gaming Enforcement (NJDGE) have agreed on a deal that will not allow any licensee of KGC to accept U.S-based customers. Statements issued by both regulators have clarified that none of KGC’s licensed entities can serve U.S customers with effect from Sept. 30.

According to KGC, any entity, a licensee or an applicant that is accepting U.S. players without authorization from the U.S. authorities is acting in violation of Kahnawake’s jurisdiction. It has said that any applicant doing so would be denied a license and any existing licensee currently serving U.S. customers will need to ensure that they are in compliance with KGC’s new laws by the September 30 deadline or else their licenses would be revoked.

The NJDGE said that issue came to light when it found that one of its licensees Continent 8 LLC, an internet technologies company was in partnership with a few Kahnawake Gaming Commission licensees, which indicated that they were providing services to U.S customers. Based on this, the errant operators were identified.

One of these operators is Bovada, a major gaming operator serving U.S. customers. Bovada recently announced that it is ceasing its poker operations after selling it to a company called Ignition Casino, but customers will still be able access other gaming operations on its website such as the sportbook and casino games. However with this deal in place, Ignition will no longer be able to access U.S. markets.

New Jersey Division of Gaming Enforcement Director David Rebuck applauded the agreement and called it an important step towards ensuring the integrity of gaming operations in the state and towards making sure that customers have access to only regulated and licensed sites.

He said that the DGE was glad to have KGC’s support and appreciated its commitment towards fighting illegal gaming. The First Nations authorities also expressed their support for the initiative.

The Council and the Commission have had a direct and productive dialogue with DGE over the past several months. We understand the DGE’s concerns about online gaming sites operating in New Jersey and elsewhere in the US without being properly authorized by a regulatory body in those jurisdictions.

This agreement by NJDGE to block operators like Bovada marks an extension of its powers beyond its state lines for the first time, as operators are being barred from offering services to customers across United States and not just those in New Jersey.