You are here: Home » News » BCLC Settles On City Of Delta For New Casino In British Columbia 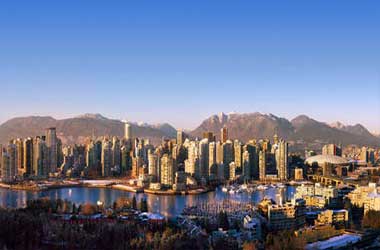 The British Columbia Lottery Corporation (BCLC), the gaming regulator for the Canadian province of British Columbia has announced that the city of Delta will host the new casino proposed for a location south of the Fraser river.

The BCLC made the announcement on Nov. 9 and said that it had chosen the Corporation of Delta for a number of reasons which included its strong market potential, good transportation network and community plans.

The proposed casino will result in the relocation of the existing Newton Community Gaming Centre currently operational in Surrey. The new facility would be expanded to include more gambling and entertainment amenities. Gateway Casinos & Entertainment Ltd. which currently handles the Newton Community Gaming Centre will manage the property on behalf of BCLC.

The BCLC had asked for expressions of interest from cities located south of the Fraser for a second casino facility. The cities of Delta and the tribal Tsawwassen First Nation both sent in their bids to host the proposed casino although the City of Surrey opted out of it. In June 2016, when the Delta city council approved the proposal to bid for the casino it identified a 11-acre Delta Town & Country Inn site located at an intersection of two major highways as the only possible location for the facility.

It's isolated, it's not near schools, it's not in the communities [and] people won't be driving there through communities. The area's sited for upgrades with the new [bridge] coming in, so to us it's a perfect site.

However the BCLC as a part of its announcement this week said that this site was not suitable to host a casino property. It pointed out that the location was not proximate to the targeted markets and was too close to another casino, River Rock Casino Resort. The Commission said that it will be working with Gateway to identify a more suitable location for the casino that can be proposed to the City of Delta for consideration. BCLC has made it clear that it will be developing plans to build casinos in only those localities where the local governments have expressed interest to host one.

According estimates prepared by BCLC, a new gaming property in the region could generate revenues between $25 million and $50 million. Host municipalities would be receive 10 percent of net gaming income, which would mean that Delta could annually get around $1.5 million to $3 million.