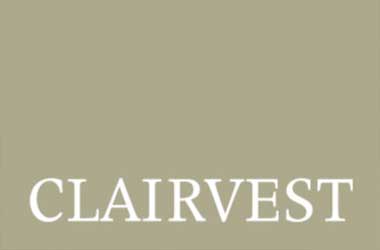 Clairvest Group, an investment firm in Canada along with other investors has acquired a majority stake in an Indian gaming operator Head InfoTech for $73.7 million (Rs 474 crore).

Head InfoTech is responsible for running the popular online rummy gaming site Ace2Three. The deal is one of the largest in India’s nascent gaming industry.

We just closed the round with Clairvest Group leading it along with a consortium of investors. We were valued at close to $100 million. I will continue as the CEO and Ace2three will continue to be focused on the Indian market.

Clairvest invested nearly $40 million of its funds, while the remaining came from multiple investors. Head InfoTech which was established in 2006 is said to have a customer base of 8 million players in India. Venture capital firm Matrix Partners India which was an early investor into the start-up is said to have made over 20 times’ returns in the deal, netting Rs 257 crore.

Gullapalli said that Clairvest’s existing interests in global gaming firms will help Head InfoTech to explore other geographies. He also pointed out that Clairvest would help in scaling the business and entering into the social gaming space.

Michael Wagman, Managing Director of Clairvest Group is set to join the board. Wagman said that the acquisition would add to Clairvest’s 15 years’ experience and would expand its presence in the global gaming industry. The online rummy and poker industry in India was estimated to be over $120 million in 2016

Ace2Three is one of the handful of online gaming start-ups that have come into focus in the last two years, making steady revenues and profits. Their margins are understood to be in the region of 35 percent making them highly profitable.

Last year, hospitality company and casino operator Delta Corp acquired the leading online poker site in India, Adda52 for a sum of Rs 155 crore in a stock-and- cash transaction. Other leading companies in the space are RummyCircle, owned by Tiger Global Management-backed Play Games24x7, which is said to have revenues of around 190 crores.

The boom in rummy vis-a-vis poker has been due to the legal clarity arising from 1968 Supreme Court verdict that declared rummy to be a game of skill, although legal challenges continue to exist. Bhavin Pandya, co-founder of Play Games 24×7 has said that a number of international gaming companies and investors have expressed interest in entering the Indian market.